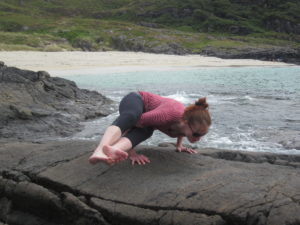 Kaliyoga is based in Linlithgow in West Lothian. Kirstie Ogilvie is a fully certified Teacher in Sivananda yoga, Kundalini yoga, Ante-natal and Mother and baby yoga. Kirstie began her journey with yoga about 20 years ago when she began practising Ashtanga yoga, this then lead her into a deeper study with other different forms of yoga including Sivananda. 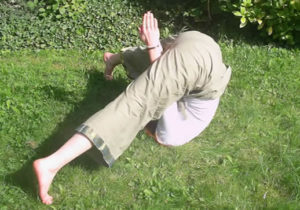 In 2003 Kirstie went to America to study with The International Sivananda Vedanta Yoga Centres where she obtained her certificate of Yoga Siromani (Teacher of yoga).

She then went on to do a foundation course in pre and post-natal yoga with Birthlight in London, which she has been teaching since Dec 2004. To continue on her journey she then turned to Kundalini yoga from through which she has obtained a great deal of knowledge and experience. Kirstie qualified as a Level 1 Kundalini yoga teacher in April 2007.  In September 2008 she qualified as a baby yoga instructor.

Outwith yoga practise Kirstie is a paediatric staff nurse having worked in neo-natal care and currently as a school nurse.