Kundalini yoga is a technology that works with the science of breath, movement, sound and rhythm to promote remarkable changes in the human system.

This form of yoga is the mother of all yoga’s and was brought to the west by Yogi Bhajan in the 1960’s after being kept secret for many centuries. During these workshops you will learn breathing techniques to promote health and vitality, yogic kriyas to gain flexibility and strength along with meditations for energy, health and longevity. 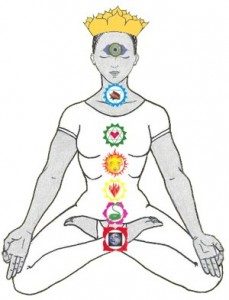 Kundalini is a Sanskrit terms that means coiled serpent, and it represents power and creation. As such, it is also associated with sexual energy. Although most yoga styles teach ways to release kundalini energy, the actual discipline of Kundalini yoga was formerly introduced in the latter part of the 20th century. Yogi Bhajan of India is credited with developing this style and bringing it to the West in 1969. Since then, it has become one of the most widely recognized forms of yoga throughout North America.

As with most types of yoga, a Kundalini yoga session includes deep breathing (pranayam), asana, or kriya practice (postures) and, of course, meditation and relaxation. However, what sets Kundalini yoga apart is the formula the instructors teach. A typical session begins with chanting a specific mantra, the Adi Mantra, followed by several minutes of pranayam to warm up. The next 30 to 45 minutes is spent practicing kriya, or the kundalini postures. Cool down includes five to 15 minutes of relaxation while lying down and another 10 to 30 minutes of seated meditation. The session is concluded by chanting a blessing song. An entire session can last anywhere from 60 to 90 minutes.

Yogi Bhajan and his followers say one of the main benefits of Kundalini yoga is its ability to empower the individual.

It includes the teachings of all eight limbs of traditional yoga and focuses as much on spirituality as it does on overall physical and mental health. Well-known Kundalini yoga instructor and guru Garmukh Kaur Khalsa explains that one of the greatest benefits of Kundalini yoga is stress management. It helps the individual release fear, quiet the mind and achieve complete relaxation.

A number of studies have been conducted Kundalini yoga’s effects. These studies, listed on the Kundalini Research Institute website, have been published by the U.S. National Library of Medicine and National Institutes of Health, also known as Pub Med. The research suggests that Kundalini yoga might be beneficial in treating conditions such as obsessive-compulsive disorder, addiction, stroke recovery, insomnia, infertility, stress management and other psychological disorders. Although some of these are pilot studies, research is ongoing in these areas.

“The Black Goddess” Kali is an ancient Hindu goddess, she is considered to be the destroyer of evil spirits and the preserver of devotees. She is the consort of Shiva. Kali destroys ego along with the demons of self delusion. The practice of yoga therefore aids the individual in eliminating the negative thought processes that hinder our development as human beings.